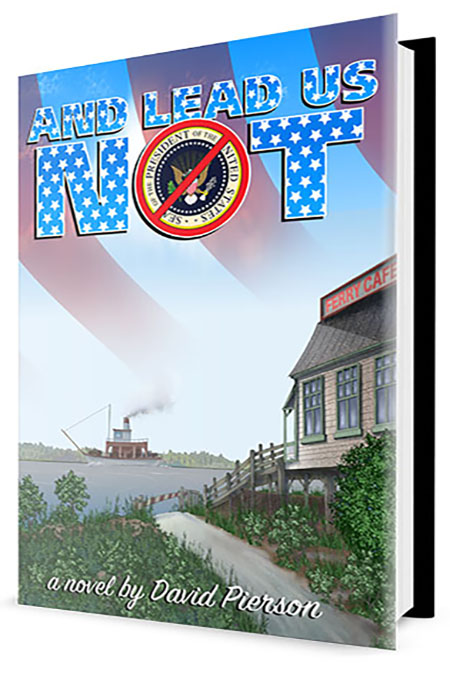 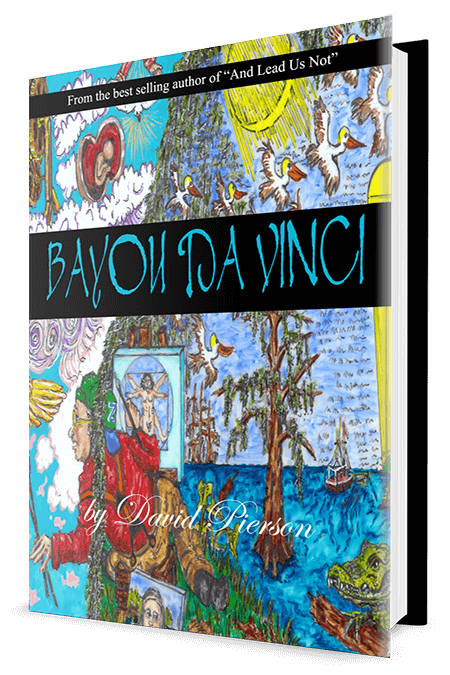 We’ve got just the right gifts to make the people in your life smile with joy.
You won’t be disappointed (and neither will they).

The artwork for the “Bayou Da Vinci” poster is modeled after “The Spiritual Pilgrim,” a nineteenth-century woodcut. Every aspect in it is based on three people: one who is living, one who is imaginary and one who is dead. David Pierson, the author and voice of “Bayou Da Vinci,” is the living person. The boat on the horizon is named Renee, for his wife of many years; and the books Dante and Antigone at the bottom of the frame are the names of his two children. The chess pieces on either side of the frame represent his work in teaching chess to children.

The imaginary character is Wally Zeringue, a high school English teacher in the mythical town of Sarpy. An original thinker living among the bayous, cypress trees and alligators, he is the one who is sticking his head through the moss to see things other-worldly.

Leonardo Da Vinci (1452-1519), the quintessential Renaissance man, is represented throughout by his artwork and drawings. The open hands and dove are from his “Baptism of Christ,” the work which first earned him fame as an artist. The mechanical wheels are from his drawings of water-lifting devices, and the embryo comes from his “Study of the Womb.” The wings are his depiction of bird wings, and his swirl of clouds is the first-ever depiction of the heart of a hurricane. The outline of the full moon inside the crescent moon hearkens back to one of Leonardo’s many astronomical discoveries. (He is widely credited with solving the ancient riddle of Earthshine.) The sun and its rays show how Leonardo calculated the size of the moon and the distance of the sun from the earth. The illegible scribblings on either side of the sun’s rays are his right-to-left notes. The work on Wally’s easel, Leonardo’s “Vitruvian Man,” depicts an outstretched man as forming both a perfect circle and a perfect square. (Leonardo posited that man bridged the gap between the terrestrial and the divine.) And in the foreground, directly behind Wally Zeringue, is, of course, Leonardo’s “Mona Lisa,” the most famous work of art in the world.