There’s more to “Green Eggs and Ham” than is dreamt of in your philosophy. 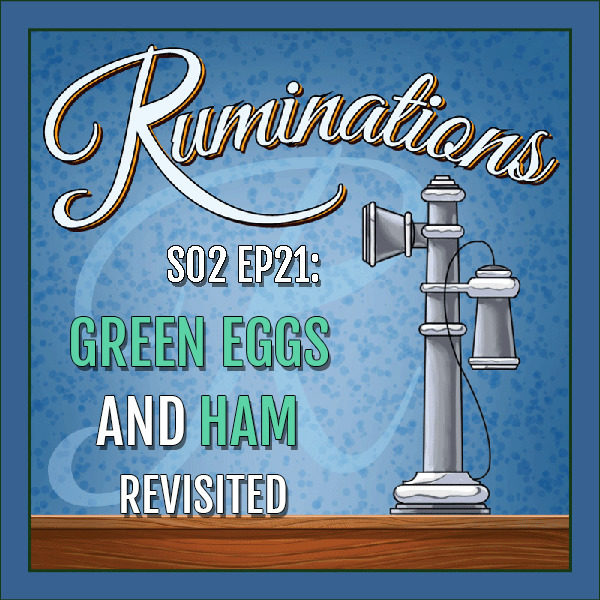 There’s more to “Green Eggs and Ham” than is dreamt of in your philosophy.

Nearly everyone has read that lovable children’s classic and nearly everyone thinks they know the message and the story. As you probably remember, Sam I am doesn’t take no for an answer as he tries again, and, again to persuade the grumpy main character to eat green eggs and ham.

In the end, Sam succeeds, and the grouch discovers that he does in fact like green eggs and ham.

For years people have jumped to the conclusion that there is but one message, one moral to the story.

Don’t say you don’t like something until you try it.

That single minded interpretation works well, especially for parents who see the book as a way to get their children to eat their peas or mashed potatoes. But the author Theodore S. Geisel, better known as Dr. Seuss, embedded a second lesson in the story for his older readers, and no one, absolutely no one, seems to pick up this contradictory theme.

Because when people read a book, they peck like pigeons at the first meaning that suggests itself to them and conclude that’s all there is.

People are conditioned to think like that today because for the most part they read news articles, magazines, and books that are one dimensional. Writers they think are all pretty much the same. However, writers used to be multi-dimensional. Homer, Sophocles, Dante, and Shakespeare. These writers from antiquity, mastered the art of telling stories that had different meanings on different levels.

Sadly though, people don’t read Shakespeare or any of the other great writers from antiquity. So, they are not used to looking more deeply into the work of a master storyteller. In Dr. Seuss, despite people’s prejudices that he was just a writer of children’s books, was a multi-dimensional storyteller who simply plied his craft in the medium of children’s books.

Does the object lesson which mommies and daddies use to get their children to eat the vegetables still apply?

For adolescents are not as predisposed to accept everything their parents tell them. At their age, the mind has quite naturally flipped the switch. Something they would have accepted when they were younger becomes instead a point of contention and argument. They are more likely to twist anything that parents tell them into the opposite. In this case, to more harmful and forbidden enticements.

It starts simply with the answer to this question. If someone offered you eggs that were green and ham that was green would you eat them?

Of course not. Because if it’s green, there must be something wrong with it. It’s probably bad for you and would make you sick. Dr. Seuss employs yet another technique to counter his naysayers. The meter. The rhythm of his words. Curiously adults don’t seem to notice this unless it’s pointed out to them.

And every time Sam speaks, he speaks in seven syllables. “Do you like green eggs and ham?”

Notice his change to eight-syllables.

Then just as quickly, he reverts back to his seven-syllable self. “Could you, would you, on a train?”

Eight syllables. Then back to seven.

This tactic seduces the grouch to start talking like Sam, in seven syllables.

“Sam if you will let me be, I will try them, you will see. Say, I like green eggs and ham.”

But the grouch instead of reverting back to his eight-syllable self, ends up as a seven-syllable guy like Sam.

What then does that mean?

Notice that the second time Sam pretends to talk like the grouch, he comes across as very sinister indeed.

Sam wants to drag the innocent grouch into doing something that is clearly not good for him. That is, eating green eggs and ham. Because Sam keeps coming back tempting the grouch again and again, Sam breaks down innocent’s resistance.

By pretending to be just like his eight-syllable prey.

By telling him you won’t get caught. No one will ever know.

That’s the other message in “Green Eggs and Ham” besides the moral everyone seems to find. Its targeted for Dr. Seuss as older readers. Young people who are still in their childhood but who are beginning to test their limits, who are beginning to feel the pressures to be like Sam, to involve themselves in risky behaviors involving drugs, sex, and alcohol.

The other moral embedded in “Green Eggs and Ham.” It’s a cautionary tale where innocence succumbs in the end, and is reduced from an eight-syllable person to a seven-syllable Sam. 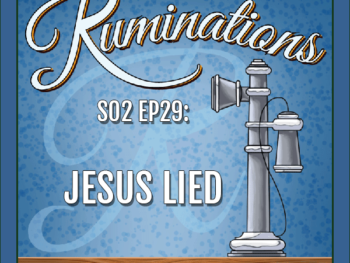 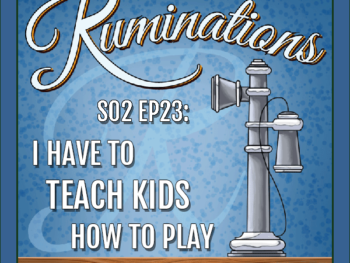 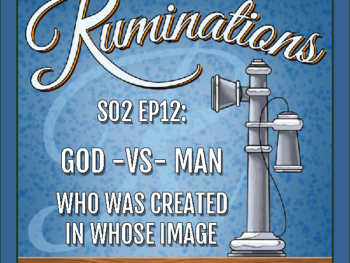