Did you know the phrase “Who Dat” was first used by Herman Melville in his 1851 novel “Moby-Dick?”

You are here: Home / For Your Consideration / BP Podcast S02 EP32: Who Dat

Did you know the phrase “Who Dat” was first used by Herman Melville in his 1851 novel “Moby-Dick?”

The phrase became the cheer for rabid Saints fans when their beloved pro football franchise, a perennial loser in the NFL, started winning.

The cheer among Saints fans was: “Who Dat say they gonna beat dem Saints. Who Dat? Who Dat!”

Shortly after the Saints Super Bowl victory, the owner of the New Orleans Saints Tom Benson, tried to claim ownership of Who Dat and he threatened lawsuits against small businesses such as t shirt vendors for infringing on his “property.”

Apparently, the matter still has not been resolved with fans and small businesses arguing the cheer was used by high school football fans many, many, years before the Saints came into existence. However, Who Dat predates even those claims. In Chapter 64 of Moby Dick, which is titled, “Stubbs Supper,” whalers lash a dead whale to the side of their vessel, and sharks picking up the scent of the bleeding carcass, bang roughly against the side of the ship.

This leads Stubbs, an officer on the whaling vessel who is eating whale steak, to call in Fleece the old black cook from Alabama. In the comical episode, Stubbs orders Fleece to preach to the hungry sharks to be more Christian, hold down their racket. With lantern in hand, Fleece looks down into the night waters and calls out to the sharks, “Who Dat?”

In other words, the phrase “Who Dat” was in the public domain long, long, before the NFL and its multibillionaire franchise owners, tried to lay their sticky fingers on it. 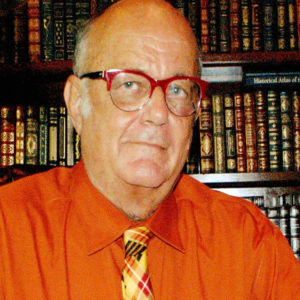